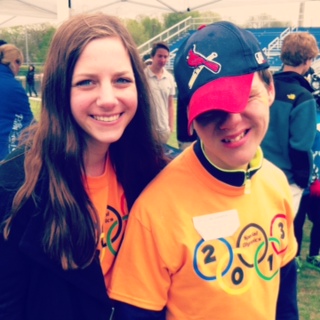 The Brentwood community has lost a star. He wasn’t a political visionary who rallied support for a great cause. He was not a songwriter who penned top ten hits. He wasn’t a star athlete who lead Brentwood High to state titles or a National Merit scholar stirring pride in the quality of our public schools. He wasn’t in the chorus, band, or orchestra. He wasn’t a class president or Homecoming king. No. He was way more important than that. His name was Sam McGahren, and his sudden passing this week has stirred waves of emotion in me that I must put down in words.

When I first moved to Tennessee, I became Maggie McGahren’s 5th grade homeroom teacher and brother Charlie’s science teacher. One day early in the year, I saw Maggie hug a fourth grade boy. She told me it was her brother, Sam. She explained that they were triplets and were born very premature. Later, their mother, Shannon, told me about the triplets’ birth and how Sam had the most developmental delays of the three. He wasn’t supposed to make it, but the doctors didn’t understand how much spunk that tiny baby had in his soul.

Sam became my student the following year. He would come into the room with a “Hey everybody” or “Alright!!” listening to his Allen Jackson and Brad Paisley CDs and giving me a big hug, throwing his arms around my waist and burying his head in my stomach. Next, he would ask me, “Mrs. L, do you dry your hair upside down?” I would say, “Sometimes I do for a short while to get more body in it.” He would give me a crooked grin, shake his head and say, “Ok.” I found out that his assistant and teacher were trying to encourage him to have conversation with his peers and other adults and the hair drying is what he came up with to talk about. I never tired of him asking me even though his other teachers told him he would have to come up different conversation starters like “What’s your favorite tv show?”

Each day, his best friend in my homeroom, Jack McGregor, would walk him to the bus sometimes holding Sam in line so he wouldn’t run away. Other boys from other class rooms would help out, but to this day, my eyes tear up as I think back to a very tall Jack gently reminding Sam to speak in an inside voice and not to run out of the bus line.

My Lauren became one of Sam’s friends. He would often call the house (sometimes ten times in a row!) until he could speak to Lauren to see if she could come over to play. Just a few weeks ago I had to explain that Lauren was in France and wouldn’t be able to talk to him. “Why not?” “Well, Sam, it’s across the ocean and expensive for her to call.” “Ok. Bye, Mrs. L.”

In December of 2010, Tony and I went to a Christmas party. We had recently received the bad news that the spots in Tony’s lungs had grown and that traditional treatments were no longer an option. Shannon pulled me aside to talk to me. She said, “Sarah, I am a believer that anything is possible. Every day I wake up with Sam who is a miracle. He was given a less than 5% chance of living and look at him, beating all the odds.”

I have been a teacher for twenty-five years and I now believe that the greatest wisdom that I can bestow upon my students has little to do with state science standards. I encourage my students to pay attention to not only the world around them but more importantly to themselves. To learn self-awareness is to discover what gifts you have been given. Maybe your gift is a strong intellect with keen curiosity. Maybe your sensitivity to the world allows you to be a writer, someone who listens and is a good friend. Maybe your life’s circumstances have been less than ideal, but you discover the gift of compassion to help others. Self-awareness isn’t easy because we are often dishonest with ourselves and often things stand in opposition to what God would have us do with our lives.

That’s why Sam McGahren will be missed. He innately understood exactly what God called him to do in his short time on Earth. He showed us joy when we felt melancholy. He showed us enthusiasm when we were bored. He showed us that every now and then, the best way to shut out the racket of the outside world was to put on headphones and listen to some good old Allen Jackson songs. He allowed children and teenagers to practice and foster compassion and gratitude. He was a blessing to his family and the entire Brentwood community.

I pray for peace for Dave, Shannon, Maggie and Charlie as they will miss their Sammy. I pray that Sam’s friends will remember and honor their friend by living a life of joy, gratitude and service. I pray that this entire community, our state, and our country recognize the importance and value of supporting educational and vocational programs for students and adults with special needs. I know that I should end this by petitioning that Sam rest in peace, but what I really want to say is: Dear Sam, run with unbridled joy, ride horses and laugh, sing your favorite country songs, loud and proud. We will miss you.

This entry was posted in Uncategorized. Bookmark the permalink.